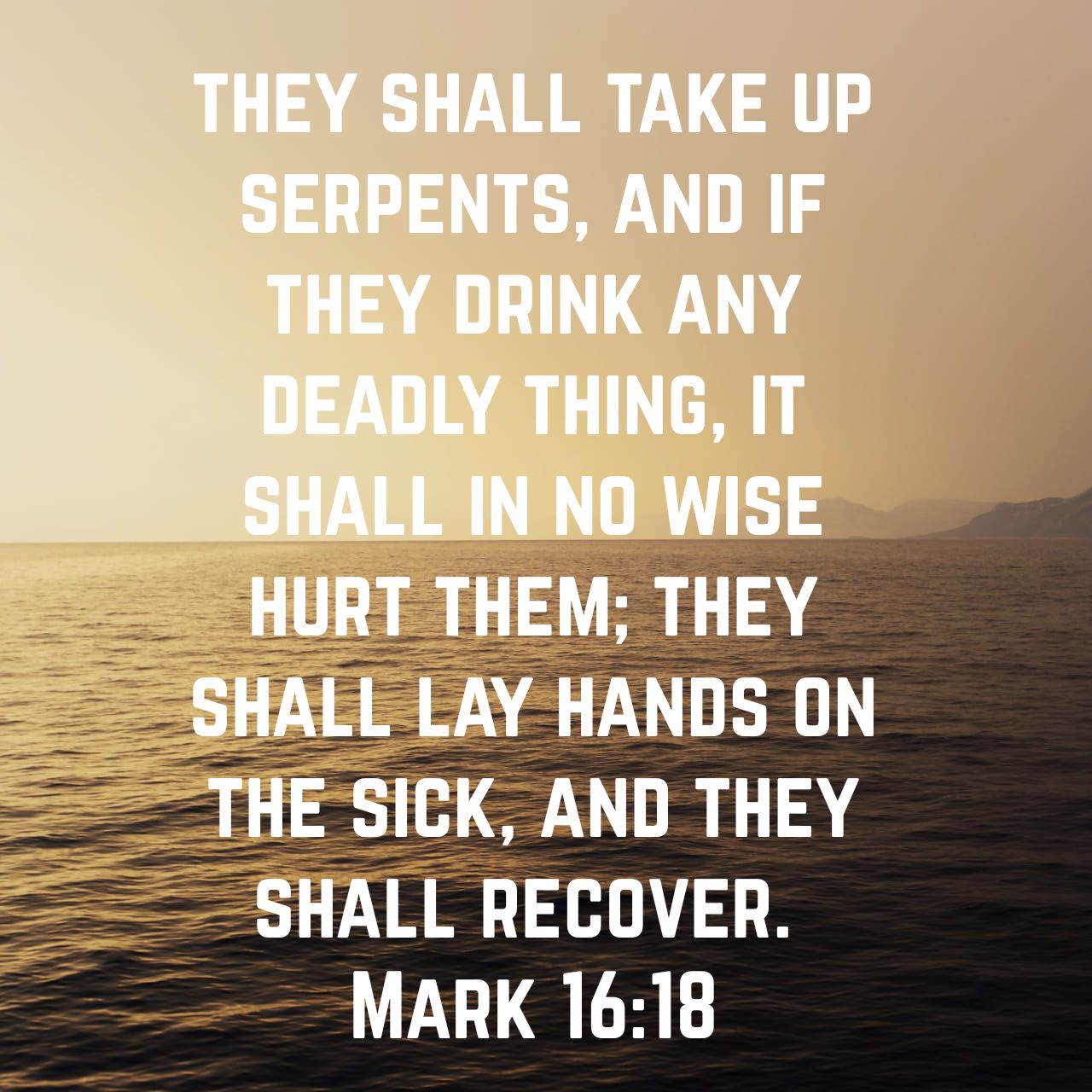 This portion of the gospel according to Mark, that is, Mark 16:9-20, is one of a few contested passages in our bibles, and also in the annals of textual criticism. It has been under the microscope of this form of criticism for a good number of years.

It should be noted that textual criticism is not to be confused with ‘higher criticism.’

“Higher criticism” is a term applied to a type of Biblical studies that emerged in mostly German academic circles in the late eighteenth century, and blossomed in English speaking academies during the nineteenth; while, in New Testament studies, textual critics are mainly concerned with Greek manuscripts, and traditionally with trying to establish, and publish, the earliest recoverable writings of the New Testament. It is, primarily, such textual critics that have challenged the place of verses 9-20 of the last chapter in Mark, as “belonging to be there.”

It is both interesting and enlightening, as well as thought-provoking, to consider the marginal notes in many of the translations of the Holy Scriptures, with specific regard to the passage in question, namely Mark 16:9-20. The King James Version, or the A.D.1611, as some of its advocates prefer to hear it called, is one of the best known versions of the English versions of the Bible. One need not be a KJV-only person to hold in high esteem this particular version; based upon Jerome’s Latin Vulgate, famously known as the Textus Receptus, a version which many of us grew up with, perhaps years ago, in Sunday School. It is prominent also in that it maintains the inclusion of the passage in question at the close of Mark’s gospel. This will bring us to another point as we move ahead. Note that the NKJV follows suit.

The American Standard Version-1901, separates by a conspicuous open space, verses 9-20, with this following disclaimer in a marginal, or, in a foot-note:

In the New American Standard, Mark 16, ends at verse 8. Later manuscripts have added vss. 9-20. And yet a few other late manuscripts and versions contain this following paragraph, usually after verse 8; while a few have it at the end of the chapter: And they promptly reported all these instructions to Peter and his companions. And after that, Jesus Himself sent out through them from east to west the sacred and imperishable proclamation of eternal salvation.

The New International Version publishers have chosen to have in a parenthesis above verse 9 of chapter 16, stating that, [The earliest manuscripts and some other ancient witnesses do not have verses 9-20.]

Similarly, the English Standard Version offers a parenthesis, which states, [Some of the earliest manuscripts do not include 16:9-20], with this rather lengthy footnote at the end of the chapter: ‘Some manuscripts end the book with 16:8; others include verses 9-20 immediately after verse 8. At least one manuscript inserts additional material after verse 14; some manuscripts include after verse 8 the following: But they reported briefly to Peter and those with him all that they had been told. And after this, Jesus himself sent out by means of them, from east to west, the sacred and imperishable proclamation of eternal salvation. These manuscripts then continue with vss. 9-20.

Where does this leave us? Does Mark 16:9-20 belong in our Scriptures, or not? We can only offer the statement from internationally renowned textual critic, Dr. Bruce Metzger (1914-2007), “How did Mark end his gospel? Unfortunately, we do not know; the most that can be said is that four different endings are current among the manuscripts, but that probably none of them represents what Mark originally intended to stand as the close of his gospel.” See those options above. Metzger also wrote, in another place, “The variant readings about which any doubt remains among textual critics of the New Testament affects no material question of historic fact or of Christian faith or practice.” Something that we do know from historical records is with regard to some practices that have been based upon this questionable text. It is considered by many that the well-known Azusa Street Revival that took place in Los Angeles, California, in 1906, was the beginning of the modern Pentecostal movement. It takes only a moment on the internet to discover that one  of the primary Bible references employed by Pentecostals in defense of their proofs of a ‘second blessing’ is the passage under our review, that is, Mark 16:9-20, and especially verses 17-18. We read at those two verses, allegedly the words of Christ:

And these signs shall accompany them that believe: in my name shall they cast out demons; they shall speak with new tongues; they shall take up serpents, and if they drink any deadly thing, it shall in no wise hurt them; they shall lay hands on the sick, and they shall recover.

Now although we personally question the larger issue of any ‘second blessing,’ to be received by the believer in Jesus Christ, it is no part of our intention in this week’s comments to discuss the matters of ‘exorcism,’ ‘tongues,’ or, ‘faith healing.’ In just a brief glance, however, at some of these practices, it does appear that among the first, the primary ‘evidence’ of a ‘second blessing’ is the ability or ‘gift’ of speaking in tongues. Usually, the other ‘evidences’ follow in a desire for greater proofs; proofs that the subject has gained this ‘second blessing.’ This is, it seems, the usual pattern.

There arose a practice in some small number of churches, following in time, of snake-handling, or ‘taking up serpents’ to use the Marcan passage above. Perhaps for obvious reasons, it never gained adherence in significant numbers. After being a known practice for more than a hundred years, it appears that, in our own day, there are about 125 churches in the United States retaining the practice; most of these are small Pentecostal churches (many secretive) primarily in our southeast, and in the Appalachia range. They consider themselves to be, not only ‘Full-gospel,’ but ‘Fuller gospel’ churches, because they have ‘advanced’ from the gift of tongues to greater demonstrations of this ‘second blessing.’ They, of course, embrace this particular passage in Mark, yet there are a couple of other scriptures that they believe support their practice. Aside from the ‘illustration’ given in Acts 28:3ff. of Paul being bitten by a viper (note that he did not take up this serpent), and though the onlookers expected him to die, he did not; but there are only two other supports claimed by these misguided enthusiasts.

In the 91st Psalm, we may read in verse 13, Thou shalt tread upon the lion and adder: the young lion and the serpent shalt thou trample under foot. Immediately we must take under our consideration the fact that the psalmist here speaks of our Lord Jesus Christ, which use is substantiated as it is ascribed to the Savior by the evil one in the trial in the wilderness; an ascription which Christ did not deny. Moreover, it may be stated that Christ indeed did much more than trample a serpent under foot; He crushed the head of the ‘old serpent’ at Golgotha. This is not a proof-text for snake handlers. The only other text that they attempt to employ is that of Luke 10:19. This is interesting. In the Lucan passage, we read of the return of the seventy whom He had sent out to precede Himself visiting certain cities. In Luke 10:17-20, we read of the return of these seventy in the following language:

And the seventy returned with joy, saying, Lord, even the demons thaare subject to us in thy name. And he said unto them, I beheld Satan fallen as lightning from heaven. Behold, I have given you authority to tread upon serpents and scorpions, and over all the power of the enemy: and nothing shall in any wise hurt you. Nevertheless in this rejoice not, that the spirits are subject unto you; but rejoice that your names are written in heaven.

Again, this does not speak of snake-handling, but rather of treading upon serpents. The remarks of the commentator, R.C.H. Lenski, are helpful here, when he has said:

“But this does not mean that Jesus lifts His messengers above all the destructive forces of nature. Nor does it mean that they may in a foolhardy way disregard all natural dangers, which would be nothing but playing into Satan’s hands by tempting God.” (See Luke 4:10).

Lenski, notwithstanding, my heart lights upon the last admonition of Christ: Nevertheless, in this rejoice not, that the spirits are subject unto you; but rejoice that your names are written in heaven. Jesus Christ, through the activity of God the Holy Spirit, has given faith to His people; faith not to be challenged by handling snakes, but faith to know that our names are written in heaven. You want a challenge; how about the challenge set before us by Jesus, when He said to His disciples (and us), Matthew 17:20, if ye have faith as a grain of mustard seed, ye shall say unto this mountain, Remove hence to yonder place; and it shall remove; and nothing shall be impossible unto you. You wish to prove your faith; Jesus says, move that mountain.