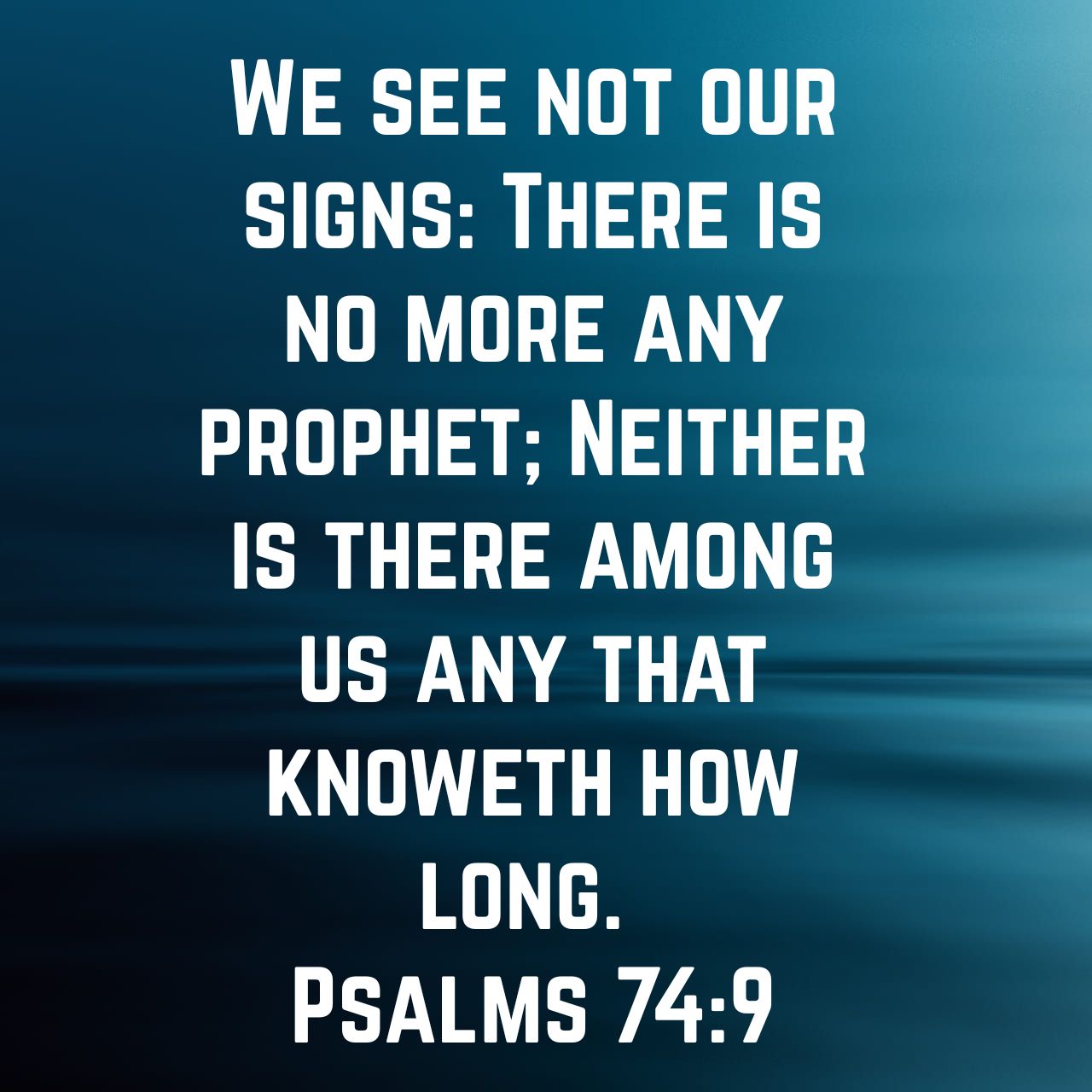 Psalm 74:9 ‘Neither is there among us any that knoweth how long.’

Psalm 74:9 ‘Neither is there among us any that knoweth how long.’

We may read in Luke 13:3, 5, the twice repeated asseveration of our Lord Jesus Christ, when He said to His auditory, Except ye repent, ye shall likewise perish.

This was spoken firstly after His allusion to the folk whose blood Pilate had mingled with their sacrifices, and those who died under the tower of Siloam falling on them.

Our Savior had no problem making use of ‘current events’ in His preaching in order to make a point. His point was obvious, and it is this, ‘without repentance, there is no salvation.’ But, all praise to God, He is the One who gives to His people, not only faith, but repentance as well. Repentance is too often neglected by many; by both the professor of religion, and by the pretender to religion. Well does J. C. Ryle make the following note in his ‘Expository Thoughts on the Gospel of Luke,’ and the Savior’s adamant call to repentance in a note upon, ‘Except ye repent,’ he has written:

“The repetition of this sentence [Except ye repent] shows the general importance of repentance, and the great need which the Jews in particular stood of it. A saying of Philip Henry’s is worth the reading: “Some people do not like to hear much of repentance. But I think it is so necessary, that if I should die in the pulpit, I should desire to die preaching repentance, and if I should die out of the pulpit, I should desire to die practicing it.”

How must these very words echoed in the chambers of the minds and hearts of those hearers of Jesus’ words as they were called to reflect upon those Galileans slain by Pilate, and those upon whom the tower in Siloam fell? The question being posed was to the point, ‘do you think these persons were greater sinners than yourselves?’ What would have become of you if your blood were mingled with your sacrifices, or if you were crushed to death under the tower in Siloam? These folk ‘went to their own place,’ as the Scriptures speak of Judas Iscariot, according to whether they had ever  repented, or not. What about yourselves? Jesus calmly inquires. Have you repented?

The world is embroiled at the present time in a great ‘current event.’ That is, we are at war, as many have described it, with a virus; yea, a Coronavirus epidemic, even a pandemic, that is, one of colossal proportions. And one of the most perplexing questions being asked by virtually everyone; among both the secular and the scientific community for the last few weeks, and to a greater extent, the last days, is the question brought to the surface in our focus passage, where the psalmist has written these stirring words, Neither is there among us any that knoweth how long. Is this not that which engenders most anxiety? Most fear? Not knowing how long?

What is most required in order for the people of God to overcome these anxieties and fears? Is it not patience? And from whence do we receive patience? Is it not from the Lord; who has been so patient with us? And has He not been patient with the entire world for millennia? Is he not calling for repentance? Even as He did respecting Sodom and Gomorrah? Have not the claims of God been pronounced in the ears of mankind for untold generations; words similar, or parallel, to the words uttered from His prophet to His covenant people by Elijah, in 1 Kings 18:21:

And Elijah came near unto all the people, and said, How long go ye limping between the two sides? If Jehovah be God, follow him: but if Ba’al, then follow him.

We are reminded of the call of Jehovah given to Jonah, and the reason for it. Jehovah commanded Jonah; the word of Jehovah came unto Jonah, the son of Amittai, saying;

Arise, go to Nineveh, that great city, and cry against it; fore their wickedness is come up before me.

Should we be surprised to learn that the wickedness of our nation, tantamount in every way to the wickedness of Nineveh, has not come up before our God? And is there any sound reason to suggest that Jehovah cannot command the Coronavirus to come upon our land as easily as He commanded Jonah to go to Nineveh, and call it unto repentance? Surely, He who commands the winds and the waves, bringing them into obedience to His voice, can command a virus. Is the United States of America impervious to such a call? Is that ‘great city’ of New York above being called to repent of its wickedness? Indeed, have they not often heard the gospel? It may be reflected that in the ‘50s there was a ‘Billy Graham Crusade’ in Madison Square Garden lasting for sixteen weeks, in which the Gospel was proclaimed (Now while we reject Graham’s altar call methodology, we believe that in 1957 he was preaching the gospel of Jesus Christ), and there may have been great numbers that ‘went down the aisle,’ how many were truly converted? Reports were that 60,000 people turned in ‘decision cards’ the first night, and more thousands subsequently, for the planned six-week event was finally extended to sixteen weeks. Unhappily, this was the year also that Billy Graham decided to work with Catholic and Liberal clergy which had a ‘downgrade’ effect upon his ‘ministry.’ That being said, multitudes in New York were exposed to the preaching of the gospel, albeit a synergistic gospel. This was more than sixty years ago. Was there any lasting effect upon New York City? NO!

The nation’s desire for the truth as it is in Christ has been conspicuously on the downturn in spite of the Crusades pretended impact. Is this not a time for praying unto our Sovereign God that He would be pleased to use the frightening assault of this virus to bring many to cry out as the 3000 under Peter’s preaching at Pentecost cried out when the old fisherman told them that they had crucified the Lord of Glory?

While we have no license, as did Jonah, to preach, Yet forty days and New York City shall be overthrown, yet we certainly have an obligation to preach the words of our Lord Jesus Christ, Except ye repent, ye shall all likewise perish. Can we not imitate those that John was given to see, in vision, under the altar in Revelation 6:9-10:

I saw underneath the altar the souls of them that had been slain for the word of God, and for the testimony which they held: and they cried with a great voice, saying, How long, O Master, the holy and true, dost thou not judge and avenge our blood on them that dwell on the earth?

While we may not be able to cry that our Master would judge and avenge our blood on them that dwell on the earth, can we not yet cry for a great outpouring of God, the Holy Spirit, with regenerating grace for many, saying, How long, O Master? How many unrepentant sinners have breathed their last over these past few weeks? We think of the unrepentant robber dying alongside Christ at Golgotha, and the other who was granted last-minute repentance bringing him to confess his sins, pleading with our Savior, Jesus, remember me when thou comest in thy kingdom. J. C. Ryle wrote a memorable and pithy comment upon this miracle of grace; “One thief was saved that no sinner might despair, but only one, that no sinner might presume.”